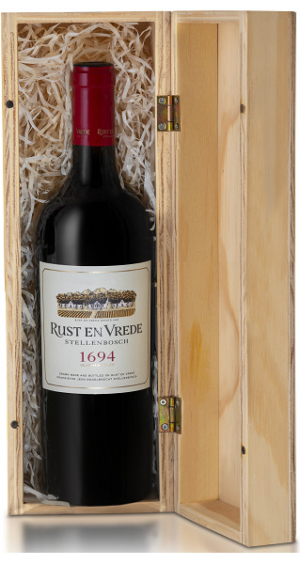 The award winning 2017 vintage is a blend of 59% Syrah and 41% Cabernet Sauvignon and shows pronounced red and black cherry on the nose. Flavours of cassis, cedar, cumin, and ground coriander combine with fine, ripe tannins that coat the palate. Defined cherry and blackberry notes lend a dark fruit backbone to balanced cedar spice, vanilla pudding, and liquorice that create a harmonious complexity on the palate. Well-structured and concentrated without being overbearing.

Golden Amrita – Nectar of the Gods