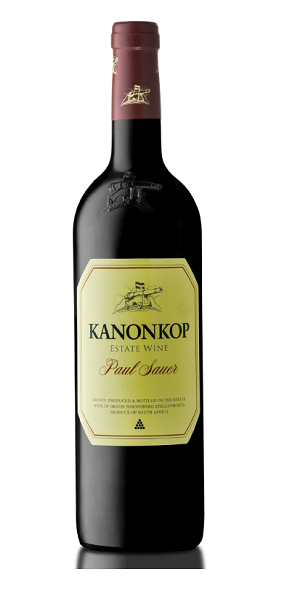 Limited to 1 magnum per customer – multiple purchase transactions from the same customer will be refunded / not processed.

Tim Atkin (MW) Special South Africa Report 2020: 98 points “Would I or wouldn’t I give this 100 points? I tasted it over a period of five days against a number of its competitors, and it nearly got there. Time may prove me wrong, but I don’t think this is quite at the level of the 2015. But it’s still a stunning wine, combining Cabernet Sauvignon with 17% Cabernet Franc and 7% Merlot. Youthful, concentrated and less immediate than the 2015, with a little more oak spice, it’s a taut, ageworthy style with layers of bramble, cigar box and blackcurrant fruit and sinewy tannins. 2025-35”

Wine Safari Score/Greg Sherwood MW: 98/100 “The 2017 Paul Sauer is a classic blend of 76% Cabernet Sauvignon, 17% Cabernet Franc and 7% Merlot from vines grown on prime Stellenbosch decomposed granite, Hutton and Clovelly soils with an average age of 30 years old. The vintage yielded a moderately low 4.5 tons per hectare or 2,750 litres per hectare, and was aged 24 months in new 225 litre French oak Nevers barrels. In my 2015 preamble, I stated that the perfect Paul Sauer blend seeks the comfort of the perfect balance between power and concentration, structure and freshness. This 2017 is undoubtedly elegance and seamless finesse personified. Possessing a deep garnet-purple colour, the aromatics are initially slightly restrained, unfurling cautiously to reveal a fabulous cornucopia of red and black summer berry fruits, black cherries, tart blue berries supported by complexing notes of crushed gravel and a vampish graphite vein. Like any truly great wine, every time you revisit your glass, yet more intricate notes assault the senses. Violets and lilac perfume, cherries immersed in black chocolate, blood and iron, freshly tilled earth and the most seductive kiss of promise from the premium French oak vanillins. The palate is exquisitely framed by fine talcum-like tannins and an invigorating acid freshness that resonates across the tongue. Once again the joyful poise and elegance of the weightless 2017 concentration and intensity confounds the senses, unfurling layer upon layer of black cherry kirsch liquor, crème de cassis and a tart, saline sea breeze freshness on the long exhilarating finish. For a wine like this, Grand Cru Classe Bordeaux is and always will be the road map region by which winemakers navigate their path to greatness. This 2017 Paul Sauer has all the subtlety and finesse, elegance and seamless balance to rival the greatest Bordeaux blends of France, while retaining its own unique South African signature imprint. Drink this wine on release to banish your curiosity but then cellar some of the rest for up to 30+ years. Undoubtedly another must have icon for collectors and drinkers alike.”

Winemag.co.za / Christian Eedes: 95/100 “Does the 2017 vintage surpass 2015 when it comes to the quality of Stellenbosch reds? The Cape Bordeaux red blend that is Paul Sauer has to be the ultimate bellwether and I reckon it’s as intense but more polished than the 2015.  Consisting of 76% Cabernet Sauvignon, 17% Cabernet Franc and 7% Merlot, it was matured for 24 months in French oak, 100% new. The nose shows a hint of reduction before black fruit, some leafiness, vanilla and milk chocolate while the palate is full bodied with plenty of dense, sweet fruit along with coated acidity and smooth tannins. “Flashy” is the word that comes to mind and it’s sure to impress its legions of fans.”

RT @WOSA_UK: The South African wine industry is an engine of transformation, don't switch it off: shar.es/aoCfW8