Talk often turns to an apparent increase in alcohol by volume, in modern wine. More specifically, talk often arrives with a negative tone as “more mature” individuals hark back to the good old days, where the alcoholic volume of most wines rarely seemed to exceed 12.5%… Indeed, 12.5% alcohol seemed almost as consistent as the 75cl bottle within which the various liquids were contained!  Why are alcohols seemingly so much greater these days?

What changed, where, when and why?! 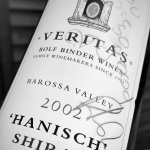 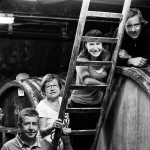 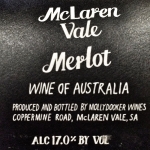 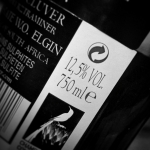 Initially I think it is fair to say that Mother Nature has a few things to answer for. As global warming has seemingly fast-tracked in recent years, sending shockwaves through the marginal wine growing regions of the world, the ability to attain phenolic as well as physical ripeness is greatly improved. In short, when you attain full ripeness, potential alcohol increases. The decision to harvest is in the hands of the winemaker – part of their intuition, their ethos and ultimately, their potential genius. In years gone by, making wine could become very much a painting by numbers exercise, regardless of each vintage’s individual characteristic or limitation. Nowadays the modern viticulture and vinification techniques on hand aid and assist growers to enhance their offering naturally, which allows for greater sun exposure and ripeness in the vineyard, which therefore increases potential alcohol. Perhaps higher alcohol is more of a 21st Century phenomenon?

Another phenomenon of the modern wine market place is that of the “critic”. Step forward Mr Parker, a man famous for his attraction to rich, densely-flavoured wine styles. Chasing the critic scores helps to increase a wine’s desirability in the market place and make the growers more money – it seems logical that if your wine appeals to a certain palate, you will be rewarded in points. So why not turn up the dials during production? Stories are rife of “special Parker bottles”, presented to the man himself by unscrupulous wine producers during en primeur tastings. Seemingly a particular barrel had been manipulated to present the château in the best light possible, to ensure a high score. Raisening of grapes on the vine, particularly in St-Emilion, has also hit the news. Bordeaux’s take on Amarone? Seemingly so….

Beyond production, selection of varietal as well as trends towards the New World have altered perception of potential alcohols. Grenache is a variety which has high potential alcohol, as is Mourvèdre. These varieties are finding a place in more and more blends around the world. As far as regions go, I don’t believe that there is a wine-loving individual alive who doesn’t associate higher than average alcohol with… say… Barossa Shiraz. One of Australia’s leading regions for the cultivation of the country’s most famous red grape variety, it is synonymous with bold, richly-fruited, concentrated styles with a higher than usual alcohol content. Recently I read an interview with Julian Barrot of Domaine Barroche in Châteauneuf du Pape. As a region it too has had its critics when it comes to alcohol content. Julian’s reaction was a simple one;

Back in the Barossa briefly, and following Julian Barrot’s lead above, Rolf Binder is a grower who retains femininity in his Shiraz which is largely unequalled in Barossa. He is a genius with a deft touch who produces wines of controlled opulence, full of depth, character and which are finely balanced on a vinous knife-edge. They have heady alcohol content, sure, but they have freshness, tannin, vigour and life. They hold the expansiveness of the finest côte-rôtie with a weightlessness on the palate that compares with the very greatest wines on earth. At 14.5% alcohol, Rolf’s 2002 Hanisch Shiraz was utterly beguiling and absorbing. One of the single greatest new world reds I have ever tasted, and 100% in balance. With lower alcohol in the glass, perhaps it would only have been a shadow of itself? It would no longer remain complete and therefore project merely a dilution of the wine’s greatness?

Perhaps modern wine drinkers who wish to push their palates and test the boundaries of their senses, look for extremes of fruit expression and density as a reward for their endeavours. An expression which is fairly muted within the wine trade is “talk dry, drink sweet”. The rise of Amarone in the UK, as well as Argentinean Malbec show that the UK consumer looks for boldly-flavoured, alcoholic wines with richness often more akin to a melted bar of Dairy Milk. They seem up for the fight that a blockbuster red seems to offer. Mollydooker in Australia’s McLaren Vale produce stunningly concentrated reds which, with alcohols often in excess of 16% alcohol, manage to retain impressive balance in the glass. These are late harvest wines which have been managed in the vineyard as much as they have in the cellar. They are fruit forward, immediate and explosive in their fruit concentration. No other McLaren Vale grower can match, or tries to copy, the lead of Mollydooker, however, their brand is in huge demand around the world. By delaying their harvest date as much as they possibly can, Mollydooker can craft these black, brooding berries into unique wine. Yes they spark controversy wherever they are opened, but why not? Perhaps modern palates cry out for the sweetness, body and texture afforded by higher alcohol.

For those wine lovers who dream of alcohol back at the 12.5% level, then there are always options out there. Often, by picking your region carefully you can enhance your chances of success. Elgin in the cool climbs of South Africa’s Western Cape cultivates aromatic white varieties such as Riesling, Gewurztraminer, Chardonnay and Sauvignon Blanc. It also produces fantastic Pinot Noir and delicate Merlot. Zingy freshness and purity of fruit expression are the trademarks of growers such as Catherine Marshall and Paul Cluver Wines. Minerality, tension, verve and… lower alcohol are all there. Truly modern expressions for the modern wine drinker.

Ultimately, the wonder of wine is that no two bottles are ever the same. High alcohol doesn’t automatically mean a lack of balance, as much as lower alcohol doesn’t necessarily correspond to high quality.